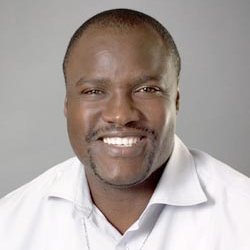 Rev Henry Mbambo
Henry was born and grew up in Lusaka the capital city of Zambia. He graduated from Justo Mwale University with a Diploma in Theology and went on to do a BA (Hons) and a MA (Practical Theology) at University of Pretoria in South Africa. He also holds a Master of Theological Studies from Eden Seminary in St. Louis, Missouri, USA and a Master of Applied Social and Community Work from Massey University in  Palmerston North, New Zealand.

After completing his theological studies at Justo Mwale University, Henry was ordained by the Uniting Presbyterian Church in Southern Africa in 2000 and served as minister of the Garden Presbyterian Church in Lusaka (1999-2006). During the time of his study in the United States, Henry served as a Youth Pastor of the Webster Grove Baptist Church (2007-2008). In New Zealand Henry has served the Dunedin South Presbyterian Church (2008-2015). He was called to Ashburton at St. David’s Community Church in July 2015. Henry is passionate about preaching Christ and the preaching of God’s Word is central in Henry’s ministry. “I believe that the church is called to proclaim the gospel of Christ and bring healing and hope in people’s lives today in the 21st century.”

Henry is married to Chileya who is an early childhood teacher and they have three Children, Taonga is doing his final year of High School (2018), Lusungu has just started her first year at High School (2018) and Kondwani is at Primary school . Henry’s hobbies include recreational biking, walking, travelling and reading .